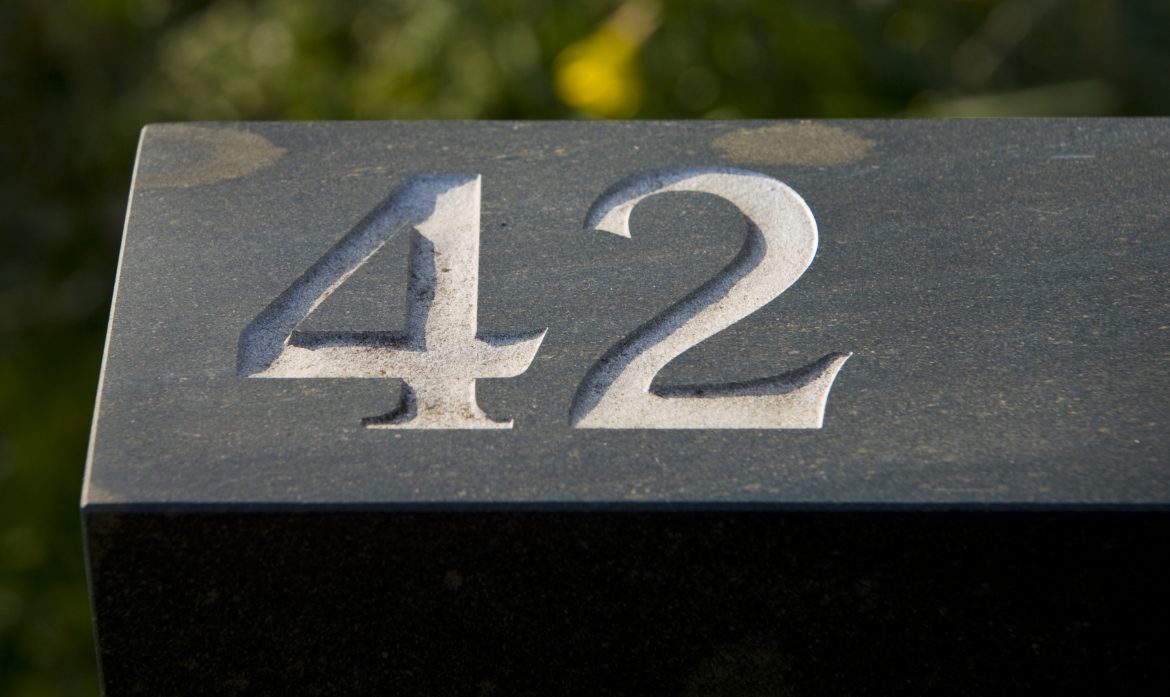 A Chance Encounter Reveals A Story 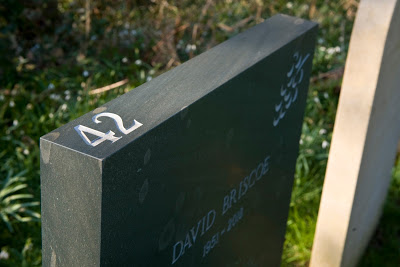 42 – according to Douglas Adams “Hitchhiker’s Guide To The Galaxy” is the “Answer to the Ultimate Question of Life, the Universe, and Everything”, a sentiment Dave Briscoe would agree with – so much so his wife, Daphne, had it engraved on his headstone when he died.

The headstone is a beautiful slate monolith and it’s simplicity and what it didn’t say had me intrigued. Complete with it’s a simple inscription, 42 and an intricately carved bunch of grapes, together with a little box seated directly in front of the monolith I knew this headstone had a story to tell. A chance meeting with Daphne, when I had gone to photograph monolith which inspired such curiosity in me, and all became clear.

David and Daphne met whilst they were at school in 1969. Their family comprises a son, daughter, daughter-in-law and two beautiful grandchildren with a third being due Easter this year. Dave’s background was in Pharmaceuticals but he had always enjoyed a good glass of wine.

In 2005 David and Daphne bought a barn in rural Hertfordshire and planted 800 vines on a field adjacent to the barn. In 2008/9 the vineyard yielded its first crop which was made into wine and that was the beginning of multi award-wining Wareside Wines.

The bunch of grapes on David’s headstone was the logo designed for their website and business cards. David wanted to make Red Wine however and that is challenging in an English climate so in 2008 David and Daphne purchased a small wine farm in Klaasvoodgs, South Africa – a country they had fallen in love with since they first started holidaying there in early 2000.


Their first Red Wine was produced in 2010. Unfortunately, David fell ill not long after the move to South Africa but was determined to make wine for as long as he was able. Upon returning to the UK David and Daphne bought a house in York, close to the home of their son and grandchildren.


The little box at the front of the headstone is where his grandchildren leave letters and special messages to David. These notes are an important and integral part of their grieving process.


I suspect that David would probably agree with Douglas Adam’s when he said: “I may not have gone where I intended to go, but I think I ended up where I needed to be.” 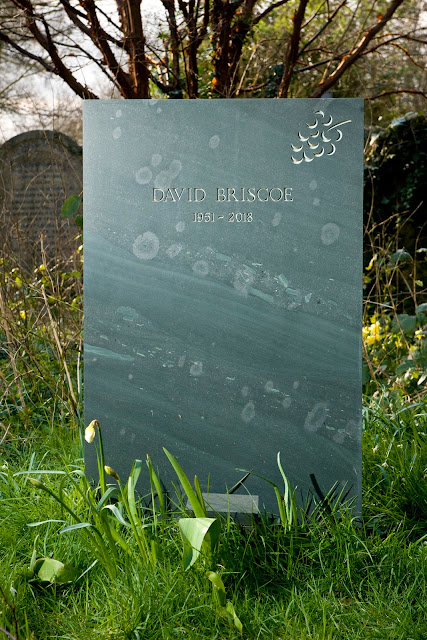 Thank you to Daphne Briscoe for her lovely conversation and kind input into this post. 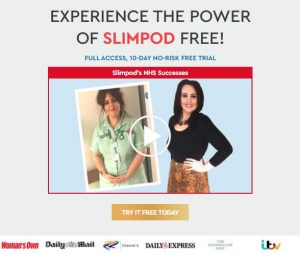