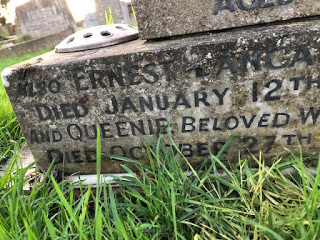 Keeping Up Appearances – Caring For Grandma

I never knew my paternal grandfather, he sadly passed away 8 years before I was born.  My grandmother “gran” however was a huge influence in my life, and to a large degree, she still is.


It has been alluded, more than once, that the TV character Hyacinth Bucket from “Keeping Up Appearances” was modelled on her.  I have several poignant and amusing memories of her: I can still see her walking to our local methodist chapel every Sunday, hat on, dressed in her “Sunday best”, hymn book and the bible in hand.  She had her own, black, leather-bound hymn book with music scores and she was one of two organists, the other being Miss Pick, an elderly spinster of the village.  They took it in turns as to who would play each week.


My gran stood at less than 5′ tall and her feet barely reached the pedals of the organ.  As she played she used to rock on the rickety organ stool in an effort to keep the bellows going and the organ playing.  Nonetheless, she played beautifully and had a real gift for music.  She never took her hat off during the service.  One week during a rather rousing rendition of Charles’ Wesley’s “And Can It Be That I Should Gain”  she actually fell off the stool.  All we in the congregation saw were her feet coming up from behind the organ, showing rather undignified her long lacey pantaloons that her generation still wore.  The hat rolled down the aisle.  Miss Pick was heard to say “Where has Mrs Lancaster gone?”  The singing continued, the Minister – a rather dour Rev. Ronald Cheffings – raised his eyebrows as my gran simply got up, righted the stool, retrieved her hat and then continued the hymn as if nothing had happened: “My chains fell off, my heart was free, I rose, went forth and followed thee….”

Gran’s life had been touched by tragedy: my Auntie Anne sadly passed away from Kidney failure when she was only 20.  Within 6 short months, she had lost my grandad – who everyone said died from a broken heart.  I cannot begin to imagine the anguish she must have suffered from two such losses but I don’t believe that the sense of loss ever left her.

She didn’t drive but every week someone – latterly me or my mother – would drive her to the churchyard in the next village, 5 miles away from where they both had their final resting place.  There she would loving tend the graves, with fresh flowers and cleaning all being part of her routine.  On her deathbed, she asked that someone kept up the weekly routine but sadly, I had moved “down south” and mum was unable to fulfil her wishes every week.


The gravestone and that of my Auntie Mabel, in the same churchyard, quickly deteriorated without her care.  We thought there was nothing we could do to improve the state of them until I began my work at the stonemasons.  I quickly learnt that we have within our company incredibly skilled craftsmen with years of experience of renovating and restoring graves like those of my family.


They say that pictures paint a thousand words so in this instance I’m going to let the photos speak for themselves.  I have to say I shed a little tear when I saw them because I knew my gran would be proud once more of the memorial she so carefully chose and looked after all those years. 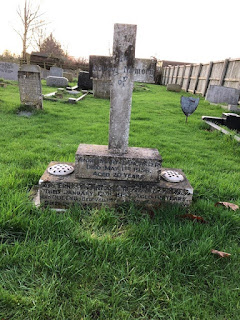 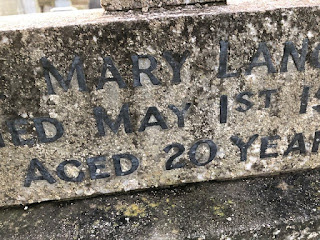 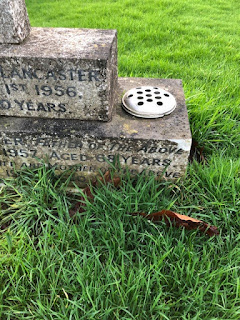 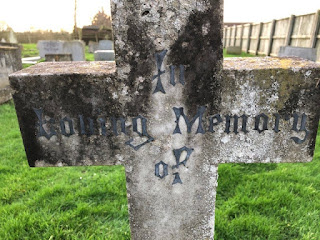 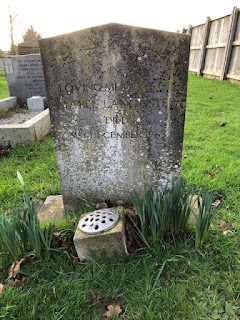 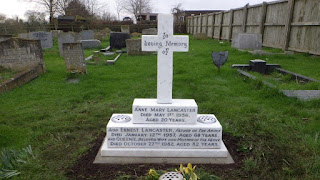 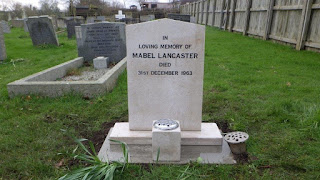